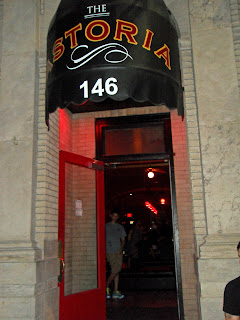 When the Vault closed, old town was lacking a local’s kind of place that was big enough to accommodate a crowd, but small enough to still feel intimate. When it was announced that a new lounge called Astoria would open, we thought (or knew) redemption might be at hand. After a visit and a few drinks, Astoria has proven to be a top notch kind of cocktail place and raised the bar in old town.


Atmosphere:  The walls have been painted several shades of red with hints of gold, giving it an old time swank feel. There is a giant chandelier in the middle of the place and red pendant lights dangling above the bar area and the front windows are adorned with red sheer drapes. The floors are a hard wood and the bar top itself is black tile with wood trim. The actual bank vault is still there and inside of the vault room hangs local art work. There are tables throughout, with chairs and bench seats, and a few couches near the fireplace. The vaulted ceilings and old architecture gives the whole place a very gothic feel. The patio in the back is still reminiscent of the old vault, but has been painted in shades of orange. We were told it is a work in progress. 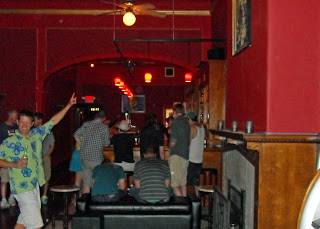 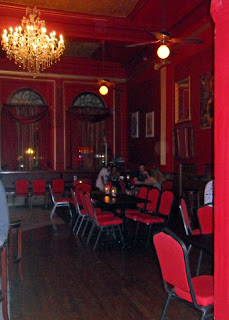 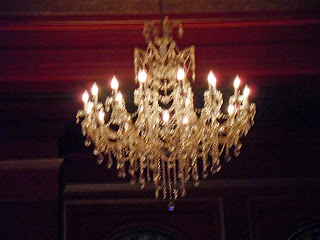 Service:  Service was great at the bar and the bartenders know their drinks. The entire staff seemed like they genuinely enjoyed their jobs and were having a good time taking care of their patrons.

Drinks: The bar is fully stocked with a well-rounded variety of higher end liquors. The drink menu has a Latin theme in tune with the Cuban food menu. With twelve tap handles, they offer a great selection of Colorado crafted beers and not just the bigger brew houses. The bartender informed us that they are constantly rotating in new beers and  they even have their own beer called “Astoria Ale”.

Food:   We were in for the drinks on this occasion, but a couple of the patrons said that the Cuban fair being served - is delicious. The menu is pretty simple offering appetizers, salads, entrees and desserts all for under $10.

Parking:  Parking is available in old town where ever you can find it.