Fort Collins is  a great city full of great breweries that make great beer. We personally never pass up an opportunity to drag visiting family and friends over to New Belgium Brewery for a tour. What you should know is that they are the third largest craft brewery in the country and  responsible for making well  known beers such as Fat Tire Ale, Sunshine Wheat, and Ranger IPA. New Belgium Brewery didn’t get there by just having a great sustainable business model, but by also making great beer.

Atmosphere:  Approaching New Belgium Brewing Company, you will notice long rows of bike racks full of “fat tire” bikes in front of their state of the art building. Once we entered the tasting room or “liquid center” we noticed a theme here. The stools and chairs are made from recycled bike wheels, bikes hang from the ceiling, and there is even a gift shop area where beer lovers can purchase much New Belgium bike related gear. The bar area was full of beer lovers awaiting the next tour, while sampling the 16 beers on tap served by a smiling and friendly employee. 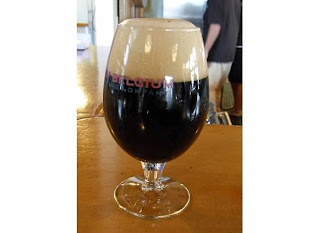 Tour: There is much to learn while on this tour and we got the full history on how a home brewers dream and a bike ride through Belgium started it all. It was a lot to remember, considering the amount of samples given out during the tour and of course we started drinking prior to that. As we walked through brew house 1, we were given the story of how it all began and were handed an Abbey to sip, while travelling through and up the stairs to brew house 2.  The upper level of brew-house 2 allows you to see into the three massive brewing tanks where all the magic happens.  And if that wasn’t enough, the spacious cathedral-like room has a myriad of clever bike theme decorations and mosaic tile work around all 3 tanks as well as a small bar off to the side. We were poured a glass of Ranger to enjoy while the cooking process and purpose of the large tanks was explained by our cheerful tour guide. 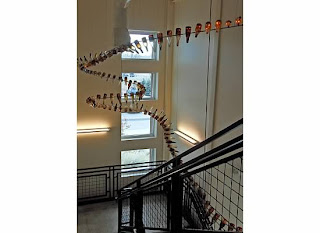 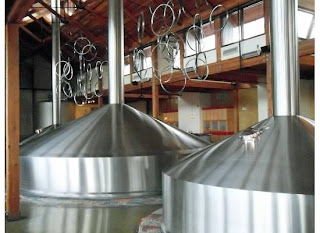 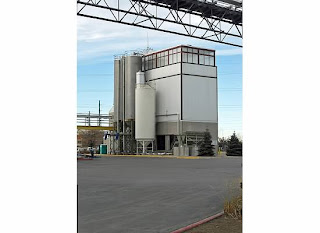 After passing the fermenting area, we were led to the bottling facility, or the “thunder dome” as they call it.  Upon entering , we sampled a Fat Tire beer, that we were informed was bottled just 20 minutes prior to our enjoyment.  With drink in hand, we were led up the stairway that is accented with a unique recycled bottle chandelier. At the top we stopped to watch the clusters of bottles on the assembly line being cleaned, filled, and packaged for shipping. Our last stop on the tour was the foeder room, where they age a variety of beers in very large oak barrels. There we were given a glass of La Folie to try and told the story behind it and the New Belgium motto “follow your folly “. As  if all that wasn’t fun (and intoxicating) enough, we where then given the opportunity to go down the adult sized tornado slide on the way back to the tasting room. 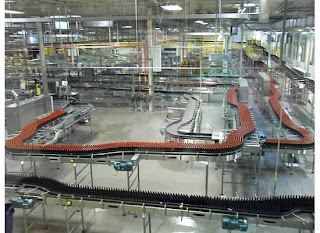 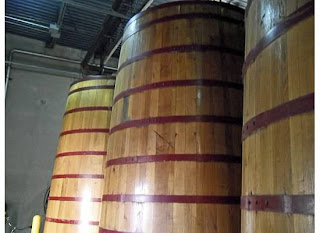 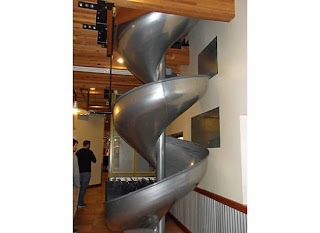 Brew:  The beer samples on the tour are free, 3 oz. sample – $1.25,  12 oz. Lips of Faith beer – $5.00, 16 oz. beer – $4.00.  Before and during the tour we drank the following awesome beers:
The Buzz: Named one of “the best place to work” – employees receive a 12 pack of beer a week to take home, employees after first year get a cruiser bicycle & after five years they receive a complimentary brewery-hopping trip to Belgium, entirely wind powered brewery , employee stock ownership program , employees of 10 years are given a four-week sabbatical and a tree is planted in their name in the campus orchard, on-site gym with lockers, showers, a cyclocross dirt-bike track, a climbing wall, and yoga classes, events like : Tour de Fat , Clips of faith beer and film tours, bike in cinema during summer, scavenger hunts, urban assault rides, VIP events & sponsorship of many beer related fundraisers & festivals.