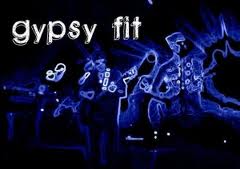 It seems you can’t go anywhere in Northern Colorado these days without hearing the band Gypsy Fit or at least some of them. Although they only formed in 2010, they have been getting a lot of stage time locally,  playing places like Hodi’s Half Note, Equinox Brewing, Lucky Joes, Hatrixx and Road 34. We recently saw two of the members doing an acoustic set at East Coast in Fort Collins.

Their influences are obvious in the covers they choose; Sublime, Bob Marley, Red Hot Chili Peppers, Dave Mathews and Incubus, to name a few. Gypsy Fit,  in it’s entirety, can bring in a decent sized crowd and the members like to mingle with the crowd during breaks , making new fans and friends. They do have several of their own songs and do play some originals, but we have been unable to find any actual albums they have put out.

These guys are decent musicians and are good at what they do, but tend to be redundant. Their set lists tend to be very predictable and could use a few more eclectic covers, rather then their cliché choices. Their facebook does say they are currently taking a break but hopefully they are working on some new play-lists and an album.